On January 5, The California Jazz Arts Society will celebrate its 15th birthday, and begin our 16th year as a California 501 (c) (3) nonprofit corporation.

We are excited to continue to present our House Concert Series,  as well as The Magic of Jazz at the Magic Castle, CalJAS Jazz Vespers, FREE community concerts, and new new collaborations.
Milestones This Season Will Include
CalJAS’ 100th
“in home”
HOUSE CONCERT
will take place in 2020
WATCH FOR DETAILS Hubert Laws and Bonnie Bowden At The Magic Castle 2018

THE MAGIC OF JAZZ
at THE MAGIC CASTLE
#30
Since June of 2005, CalJAS and the Academy of Magical Arts have sponsored  and presented
this summer series.
2020 will include our 30th event at this prestigious venue
CalJAS and Claremont Presbyterian Church
JAZZ VESPERS SERIES
2020 offers a fourth year of this wonderful service CalJAS DISCOVERY
with
Ron Kobayashi
February 2020 will kick off the 2nd year of
of this still developing series offering students and professionals
an opportunity and venue to showcase their talents
Watch for details!
NEW COLLABORATIONS
We are very excited to announce new collaborations are in the works for 2020.
Both Fullerton Friends of Jazz, and CSU Fullerton jazz performance director, Bill Cunliffe, have expressed a desire to
collaborate with CalJAS  during 2020
Stay tuned for upcoming announcements! FOJ President Colleen Wadsworth (L), CalJAS Treasurer Sue Boatman (C)
with Cal State Fullerton Jazz Performance Director Bill Cunliffe
CalJAS PROMOTES
Good friend and CalJAS Member, Larry Fox is back on the air January 16 and 23
Dave Tull will be Larry’s guest on the 16th. All will happen on KSPC 88.7 FM and kspc.org at 2 pm.
As previously, the show will be titled “All that Jazz.”
The station also streams on line at kspc.org.
ABOUT US
The California Jazz Arts Society (CalJAS) is a Public Benefit Corporation organized under the Nonprofit Public Benefit Corporation law for public and charitable purposes 501(c)(3). The specific purpose of this corporation is to preserve and promote jazz and other American art forms through public concerts, workshops and presentations.
Dale Boatman, President
Special thanks to the following:
Board of Directors
Dan August
James Beagle
Dale Boatman
Sue Boatman
Suzanne Killingsworth
Website Assistance
Roger Krechmery
Buffet
Glenn Killingsworth
2020 House Concert Hosts
Dale and Sue Boatman
Luther and Becky Hughes
“Your Name Here”
BECOME A CalJAS MEMBER TODAY!
BECOME A CalJAS MEMBER TODAY!
Dale175@aol.com
Become A Member, Donate, or Sign-up For Our Free News Letter HERE 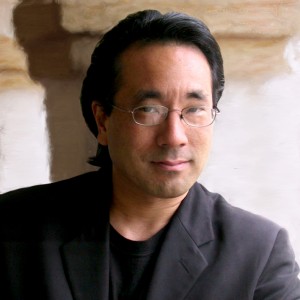 After much anticipation, Gina finally releases a new full album.  The record, DUETTO, features Gina’s long time pianist Matt Politano on 12 intimate tracks.  She sings a rare cut of Sarah Vaughan’s with I’m Scared and Frank Sinatra’s poignant ballad, I Could Have Told You, woven with familiar standards including A Foggy Day, Emily, Ain’t Misbehavin’, and many more.  Gina and Matt display a deep and playful connection with each song.  Matt Politano interacts with Gina’s warm understated approach to the voice in a camaraderie that can only be built with years of trust and friendship.
Duetto is not to be missed! CalJAS at The Magic Castle

We just had a few seats open up. Email Dale175@aol.com if you wish you attend. Magic Castle admission $25; Valet $15

THE CALIFORNIA JAZZ ARTS SOCIETY AND THE ACADEMY OF MAGICAL ARTS PRESENT: Donations will be graciously accepted ANDREA MILLER AT THE MAGIC-July 16

THE MAGIC OF JAZZ
At The Magic Castle
JULY 16 CalJAS Presents Bonnie Bowden in Claremont May 11 and more! SAVE THE DATES FOR THESE CalJAS EVENTS
THE MAGIC OF JAZZ
RESERVATIONS ARE NOW OPEN FOR ALL NIGHTS OF
“THE MAGIC OF JAZZ”
MAGIC CASTLE ADMISSION $25   DINNER NOT REQUIRED
TO ATTEND
YOU MUST RESERVE THROUGH DALE BOATMAN
Dale175@aol.com 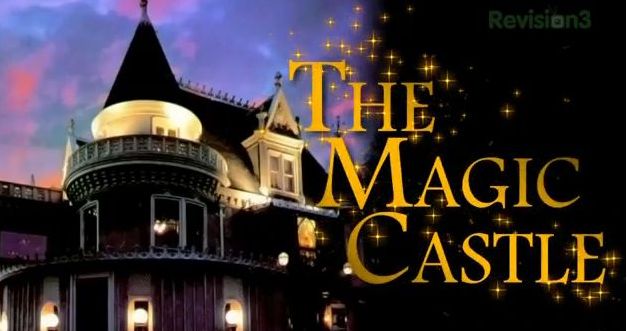 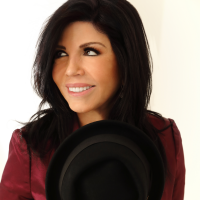 Music has been coursing through smoldering jazz vocalist Andy James’ being since she was a little girl. Twice blessed as a gifted singer and dancer, Andy decided her showbiz act one would be a career as a world-class Flamenco dancer, collaborating with the milieu’s most exceptional. Now, she announces, act two, a career as a stunning jazz singer with an irresistible 40s swing-style debut album, Caravan.

“My father loved dancing, my mother love singing, and I loved my father,” says the Las Vegas and LA-based singer, laughing playfully, acknowledging her respect and affection for both her parents. “I sang as a child, but I went back and forth between singing and dance. Both my parents were always encouraging. My mother was a jazz singer, so that was close to her heart.”

Despite stints singing in a rock band (The Late Late Show), and playing bass professionally (the Australian Tour production of The Rocky Horror Picture), it’s Andy’s gifts as a dancer that first thrust her into the public spotlight. In this realm, she had an inter-continental career, first dancing Flamenco in Australia, and, later, in Madrid, alongside the greatest Flamenco artists of the day, including Antonio Canales, Rafael Amargo, and Paco de Lucia. “Flamenco is based on feeling complex offbeat and synchronized rhythms, and I think that prepared me for singing jazz melodies,”

Jazz pianist, composer and Grammy Award-winning arranger Bill Cunliffe is known for his innovative and swinging recordings and compositions. Bill began his career as pianist and arranger with the Buddy Rich Big Band and worked with Frank Sinatra, Joe Henderson, Freddie Hubbard, Benny Golson and James Moody. He has since established himself as a solo artist and bandleader, with more than a dozen albums under his name.
Bill currently plays with his trio; his big band; his Latin band, Imaginación; and his classical-jazz ensemble, Trimotif. He performs in the U.S. and around the world as a leader and sideman as well as a soloist with symphony orchestras.
Bill was awarded a Grammy for Best Instrumental Arrangement for “West Side Story Medley,” on the album “Resonance Big Band Plays Tribute to Oscar Peterson” (Resonance Records, 2009). In addition to receiving five Grammy nominations, he is a two-time Emmy nominee.
The Los Angeles Jazz Society honored Bill in 2010 with its Composer/Arranger Award. That year he was also named a Distinguished Faculty Member of the College of the Arts at Cal State Fullerton, where he is a jazz studies professor. He also teaches at the Skidmore Jazz Institute and the Vail Jazz Workshop.